The Brentwood School District was formed in 1877 and covered the Hackney and Shoreditch Unions. It was the last of the eight Metropolitan School Districts created between 1848 and 1877.

In 1877, the new Brentwood School District took over the existing industrial school building at Brentwood from the Shoreditch Board of Guardians. The building had been erected in 1852-4 at a site on the north side of Brentwood Hill. It had a south-facing main building, three storeys high at the front, with dining-hall and kitchens in a wing at the centre rear, and long, narrow wings to each side. Utility blocks at the rear included a bakehouse, laundry and boiler house.

In 1879, three additional detached blocks were add at the south-east of the site, which by 1930 had become known as Edward Home, Alexandra Home, and Victoria Home. The two-storey Edward Home was nearest to the main building, the single-storey Alexandra was at its east, and two-storey Victoria lay to the south.

On 25th March 1885, the Brentwood School District was dissolved and the site was taken over by the Hackney Union with further enlargements being made at the north. The site location and layout in 1915 are shown below: 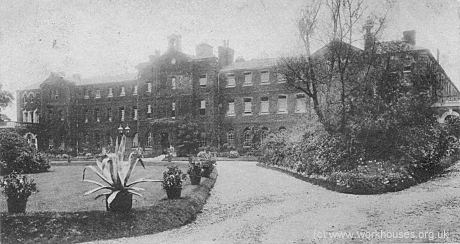 In 1894, the school was the subject of a scandal when dreadful cases of cruelty came to light. One of the female officials, Nurse Gillespie, was sent to prison as a result.

The site later became St Faith's Hospital but has now been completely redeveloped as office accommodation.

Brentwood School District also placed children at the Harold Court School situated on Church Road in Harold Wood, between Brentwood and Romford in Essex. Harold Court was built in 1868 as a mansion house for Mr W.R. Preston, a wealthy Brentwood solicitor. He became bankrupt in 1882 and the house was taken over by the School District.

After the School District was dissolved in 1885, Shoreditch continued to use Harold Court as a children's home until 1889. It was then converted for use as a lunatic asylum and, in 1919, it was converted into a tuberculosis hospital. In 1958 the hospital closed and in 1960 the house became a teacher training college. It is now private flats. 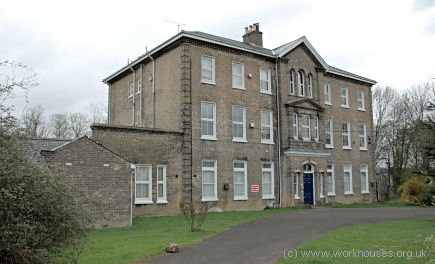