The daily routine for workhouse inmates prescribed by the Poor Law Commissioners in 1835 was as follows:

Half an hour after the workhouse bell was rung for rising, the Master or Matron performed a roll-call in each section of the workhouse. The bell also announced meal breaks during which the rules required that "silence, order and decorum shall be maintained" although from 1842 the word "silence" was dropped. 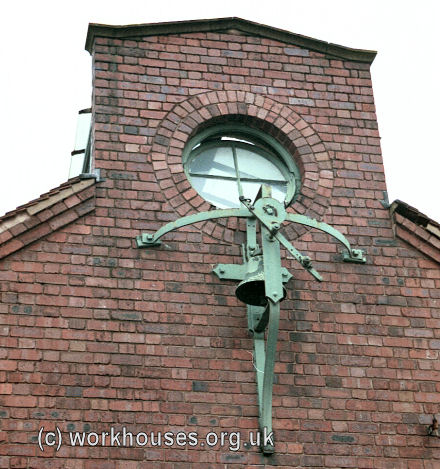 Communal prayers were read before breakfast and after supper every day and 'Divine Service' performed every Sunday, Good Friday and Christmas Day. These were also the days when no work, except the necessary household work and cooking, was performed by the inmates.

The use of the time between 7pm and 8pm was unspecified and was no doubt often used as an informal recreation period. From the 1860s, most workhouses received donations of books and magazines for the inmates' use. Workhouses also started to host occasional talks and musical entertainments, often performed by visiting groups such the one illustrated below by the "Delaware Minstrels" (a group of local bank clerks) at the Bethnal Green workhouse in 1867. 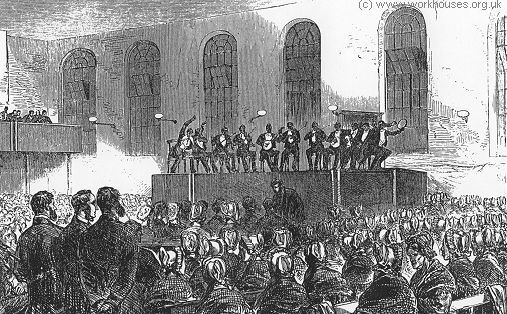 In 1901, the "National Sunday League" put on a Sunday concert for the inmates of Holborn's City Road workhouse. 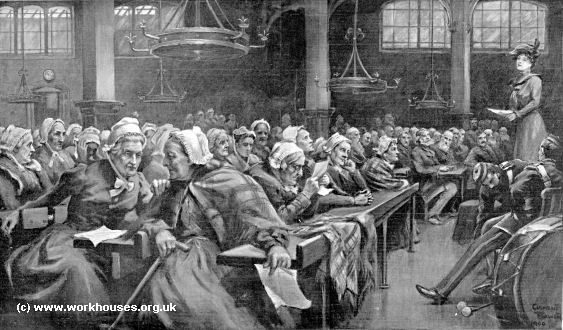